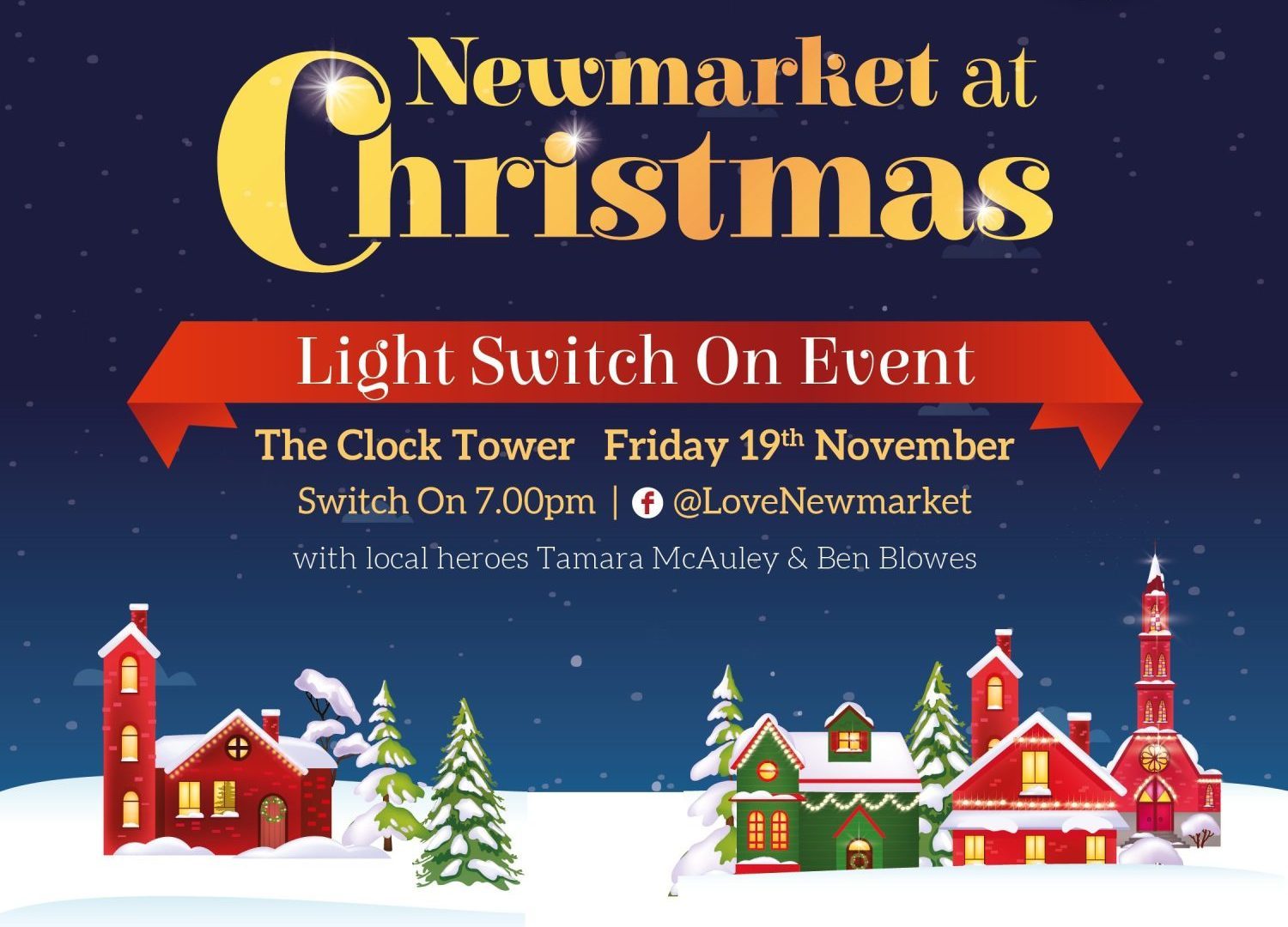 This year we are pleased to bring back the annual Love Newmarket Christmas light switch on which will happen at 7pm on Friday 19th November. The event at the clock tower which starts from 5pm  is hosted by multi-award-winning magician and a member of the prestigious Magic Circle Jez Bond. Many people will remember Jez for his amazing performance on Britain’s got talent last year.    In addition to Jez there will be live music, Christmas carols and a fairground along the high street.

In previous years we have had a celebrity help switch on the lights, but this year looked towards the community to find local heroes who have done amazing work during the last year. Through a Facebook campaign a number of local residents nominated people to turn on the lights. After the vote closed we are pleased to announce that  Ben Blowes and  Tamara McAuley were nominated and have both agreed to switch them on at 7pm.

In addition to the fairground there will also be an Elsa from frozen and Igloo on the Bill Tutte memorial and a number of our retail, restaurants and takeaway business will stay open late.

Back to All Events
Search for Members